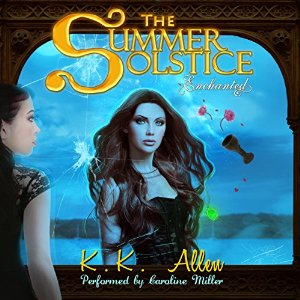 After Katrina "Kat" Summer's mother dies a mysterious and tragic death, Kat is hurled into life at Apollo Beach. Her estranged and cryptic grandmother Rose fills Kat with legends of her Ancient Greek Ancestors from which the Summer family descends. Kat's world begins to unravel as secrets from her heritage are exposed-secrets that her mother purposefully concealed. Leading to her birthday, the day of the Summer Solstice, Kat becomes frightened when enigmatic visions and disturbing dreams haunt her. When her visions become reality, her fear turns to terror as powerful forces threaten the lives of those around her. Amidst the turmoil, Kat meets Alec Stone, her gorgeous neighbor, who becomes her sole solace in an evocative world of mythological enchantment and evil prophecies that lurk around every corner.